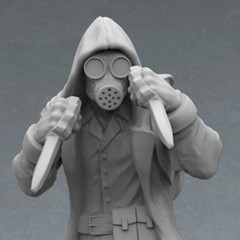 I have been a 3D Artist since 2006. I was consistently recognized by two video game studios for my ability to adapt my art skills to the often-changing needs of each art department, and also for taking the initiative in self-teaching the software packages used by each studio. Because of this I was promoted from an intern, to a World Builder, then to Environment Artist, Character Artist, and finally to Art Director.

I believe that my experience in collaborating with the members of an art team at a variety of levels will enable me to step into a 3D Artist position and hit the ground running. I’m looking forward to any and all opportunities.